UPDATE: Microsoft published updated binaries for SCCM 2012 SP1 addressing this (and other minor) issues. You should use this new file set  for new installations. Links are here: http://blogs.technet.com/b/gladiatormsft/archive/2013/01/26/you-may-need-to-re-download-configuration-manager-2012-and-endpoint-protection-2012-sp1-binaries.aspx

I upgraded my Lab SCCM to 2012 and decided to try “Client autoupdate” feature introduced with SCCM 2012.

Unfortunately the attempt failed and I saw

in ccmsetup.log on the Client.

so it looks expired for me

I download the update and ran it on my SCCM

it did not pass from the first time, of course: 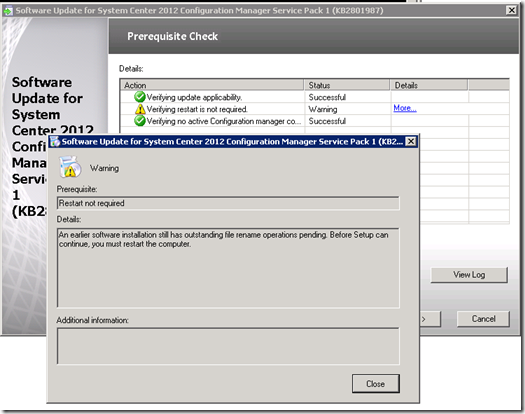 I should say the warning is a bit confusing – from the first sentence – Reboot is not required, from the second – I must restart the computer.

. Reboot the server and try again!

This time it looks better: 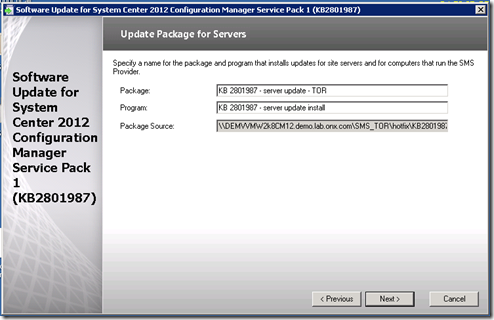 and proceed with install: 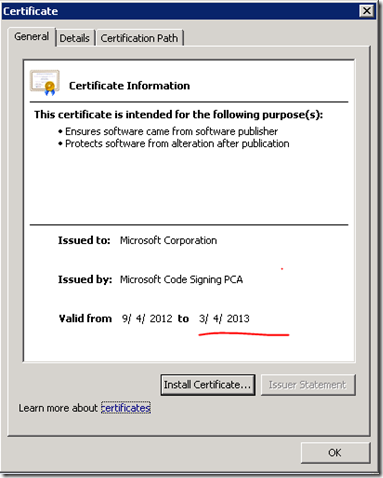 and the msi is validated successfully and the client is installed:

Do not forget to deploy the update to another Primary servers.

Anoop found some confusion between KB and the update wizard: http://anoopcnair.com/2013/01/14/configmgr-2012-sp1-kb-2801987-confusing-information-in-kb-article-vs-wizard/

I still think the updates is not necessary for CAS…